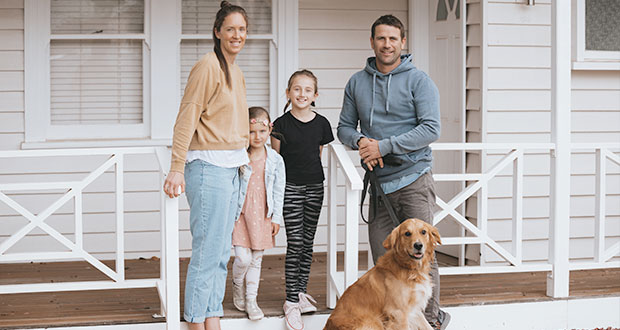 Annalee Gilmour was at work late last year when she received a phone call from Authorised Officer Adam Hunter. He had found her golden Labrador wandering down Beveridge Street.

The family dog, Jett, had escaped during a thunderstorm and had been reported to Swan Hill Rural City Council by a concerned member of the public.

“We were incredibly grateful that our dog was returned to us so quickly, he is part of the family,” Ms Gilmour said.

“Because the animal was registered with Council we were able to contact the owner immediately and reunite the dog with its family,” Mr Hunter said.

“If the dog had not been registered, the process for finding the owner would have been much longer and might have resulted in the dog being impounded and fines being issued.”

Council animal registration is required for all dogs and cats over three months of age, under the Domestic Animals Act 1994. Discounted registration fees are available if your pet is desexed, is a working dog or you are a pensioner.